The ski season is slowly but safe to the end. For Manuel Feller, there is still the chance to paste the slalom ball – even if it is very low. The residue on Leader Henrik Kristoffersen is whopping 70 points before the last season race.

Manuel Feller goes as a fourth in the final spurt. Between him and Kristoffersen are still Lucas Braathen (-48) and Linus Strasser (-64). In the Flachau, Feller shortened the residue on the top, but only one race remains.

“Finally, I am now an even larger outsider. Before that, the residue was bigger, but now is only a race,” the ÖSV driver expects for the APA. “Build 70 points if only one is in front of you is already hard. But it’s three and one of them will definitely sting,” fears Feller and adds: “The chance is only theoretically.” 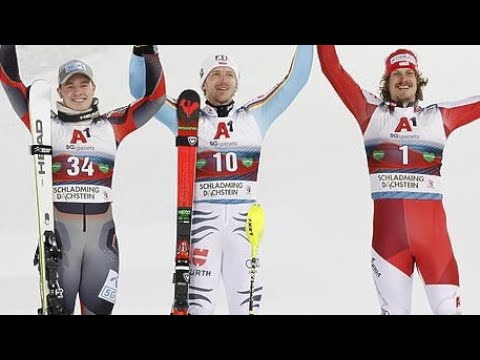 An extremely successful season, the 29-year-old still had. Feller occupies second place in the Giant Tour World Cup. “Basically, that’s the best season so far. Even if no glass cup looks out at the end,” says the Tyrolean.