Lost Ark players continue to suffer from the fact that the server structure of the online role-playing game from the last century seems to come. In contrast to a World of Warcraft, for example, in Lost Ark it is not possible to implement hotfixes in live operation. If changes are to be made, the worlds must go offline. And that is exactly what awaits us today, on May 4th, 2022.

In the official forum by Lost Ark, Communstiy Moderator Roxx explained that the servers in all regions are downhill at 9:00 a.m. for weekly maintenance and update. The maintenance is expected to take up to four hours. On Thursday, on which the weekly maintenance normally takes place, the servers still have to be restarted briefly. The restart should take place at 12 noon.

Here are the hotfixes that are installed in the course of maintenance:

May Update has an appointment

According to Roxx, the content update from May , if everything runs smoothly, is to appear in the third week of May – if the weekly maintenance takes place according to plan, i.e. on May 19, 2022. However, the developers are currently working Still on the fine -tuning and the tests of the build. In the coming weeks there will be details, information and updates for the May update. Here is all the information that has been known to the upcoming patch so far:

A new class should also come in May, but also various comfort improvements. New endgame content is also planned. But it actually only exists if a large part of the community is ready for them. What the developers definitely want to prevent: that players feel compelled to increase their item levels as quickly as possible (for example through real money investments), because otherwise they fall back. 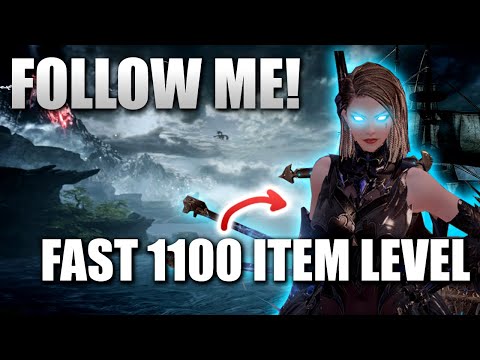 * Advanced warrior class – the destroyer : _ “equipped with a variety of skills that concentrate on the center of the struggle, their hammer attacks are so catastrophic so that destroyers can manipulate gravity according to their will – they Slowing, spinning, pushing and pulling opponents – whatever is necessary to destroy them completely and without the hint of a doubt. “_

Lost Ark: The new class of the destroyer comes in May 2022. Source: Smilegate

* Trial Guardian Raids : With this weekly challenge, three guards await you, each with another item level. Your object level will be adapted to the opponent’s item level. In addition, you should not use the combat workshop in the RAID region. For this, larger rewards are waving.
* There will be a new menu through which you can check the participation in daily and weekly content.
* Also planned: UI-updates, improvements in group search and group invitations, updates when disassembling prey, practical functions for the market/auction house and a few funny functions, such as the possibility of arbitrary summoning of preferred mounts, and new individual hairstyles!

Non -binding announcement – the new Wächter -Raid Deskaluda *: To counter Deskaluda, a high item level (1415) is required. As with the other Wächter-Raids, you can try to defeat them alone, with a group or over match search with up to three other heroes.
Non-binding announcement-Legions-Raid Valtan (normal and difficult) *: With Valtan (see ancient picture), the difficult Legions Raids celebrate their premiere in the western version of Lost Ark (now buy 19.99 €). Since the Legions Raids are demanding and require time, there are portals (or control points) that store the player’s progress during the RAID. Valtan is a Legions Raid for eight players and introduces a number of new mechanics. The participating players must have reached the item 1415.

To the homepage to the gallery