Hinteregger had injured the thigh early on in the semi-final second leg of the Europa League against West Ham United and had to be replaced in the seventh minute. On Friday afternoon, Eintracht Frankfurt now announced that the Austrian will be out for the rest of the season due to the injury.

According to coach Oliver Glasner, the 29-year-old suffered “a greater muscle injury”. “It’s a shame for Martin and for us,” said Glasner.

In this season, Hinteregger has 27 missions in the Bundesliga and nine in the Europa League.

In addition, midfield strategist Djibril Sow broke his nose during the game. It is only at short notice whether the Swiss international can appear with an specially made mask against Borussia Mönchengladbach. “We won’t throw it in if we think that there is still danger in default,” said Glasner. 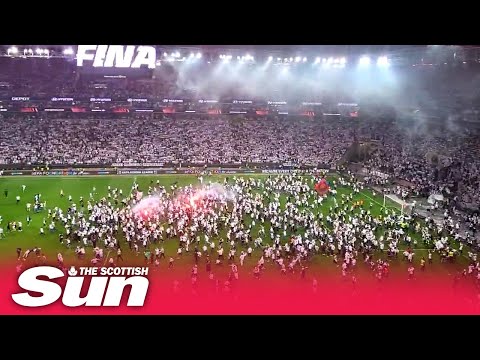 Raffael Borré and Jens Petter Hauge could also be spared, with “a little pinched”. The coach emphasized: “I will not take a risk of muscle injuries.” That is why Jesper Lindström will not yet be used in the thigh against Gladbach after his muscle injury suffered at the first leg in London. With a view to the final in the Europa League, Glasner is confident: “We have justified hope that he will be fit until the final.”