With 3 Bundesliga specialists in the beginning XI, Iceland’s footballers began the European Championship in England with a draw.
In the battle with Belgium in Manchester, Iceland attracted 1-1 (0-0) as well as lost a lead while doing so. 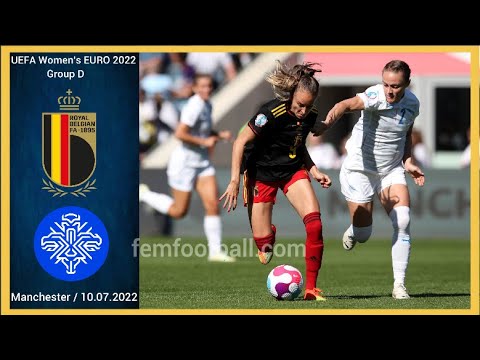 In Team D, the two still deal with Italy as well as France.
Berglind Thorvaldsdottir, who missed out on a fine in the 33rd min, provided Iceland the lead in the 50th minute.
Justine Vanhaevermaet (67th) adjusted with a transformed penalty shot.
Glodis Viggosdottir, Karolina Vilhjalmsdottir (both Bayern Munich) and Sveindis Jonsdottir (VfL Wolfsburg) began for Iceland, while Branch De Caigny from Bundesliga club TSG Hoffenheim was in the Belgian starting XI.