-The fifth corps leader of

In the teaser video released on the official website and YouTube channel at 6 pm on Friday, 19th, Ilia Khan, who invaded the Lost Arc worldview of the worldview, invaded Arethin, Totrich. You can see how you recover. 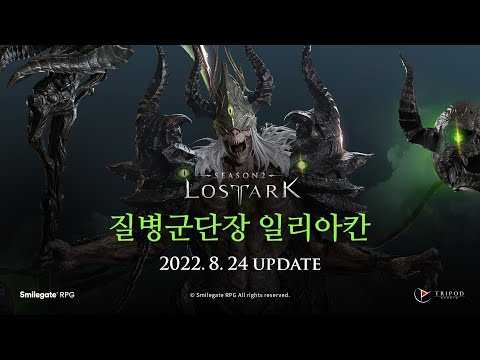 In particular, the Raid battlefield, ‘Corruption Monarchy Pandemonium’, where adventurers actually battle with Ilia Khan, have been released, reflecting the characteristics of the disease-gun leader Ilia Khan in the Lost Arc story and eroding the entire city as well as the entire city. The power of thin diseases can be confirmed by brilliant directing.

The Centers for Disease Military, Ilia Khan, is the core end content of Lost Arc and the fifth corps leader of the Legion Commander Raid, who is most popular with adventurers. The Raid battlefield, Corruption Monarch Pandemonium, consists of three gates, and the normal difficulty can be entered from 1,580 item and 1,600.

In addition, there is also a special mode ‘epidemic’, where more adventurers can play new corps leaders and set footholds by lowering their entrance level and difficulty.

Smilegate RPG Suwon-gil said, As with other corps leader Raids, Iria Khan will also be introduced as a raid content that reflects the keyword Disease theme throughout the battle. He thanked all the adventurers for his expectations for the new corps leader Raid and will try to provide the best fun.