This week the Last of Us part 1 comes out, probably one of the games that I have spent the most times in my life. One of those that I know practically by heart and that, just by remembering some of his scenes, I get a chill of emotion in the body .

Normally, we remember the tragic tutorial scene, or the first appearance of the chasqueadores. They are shocking and dark scenes; as well as the process of mutation of humanity by the cordyceps virus . But we usually keep that darker and dramatic approach because it predominates in the work of Naughty Dog . But, this time, as the fireflies say, I wanted to look for light.

The giraffes, much more than a simple animal in The Last of Us

In the final stretch of the game, after several hours of rot, endless infected and ambush of malefactors, comes a time that excites and that makes us see that there is some hope in a world as devastated as the one that takes place in the game. We see that, beyond what we do-although due to the survival factor, it cannot be said that we are ethical with our actions-we find an animal loop with the presence of an animal. 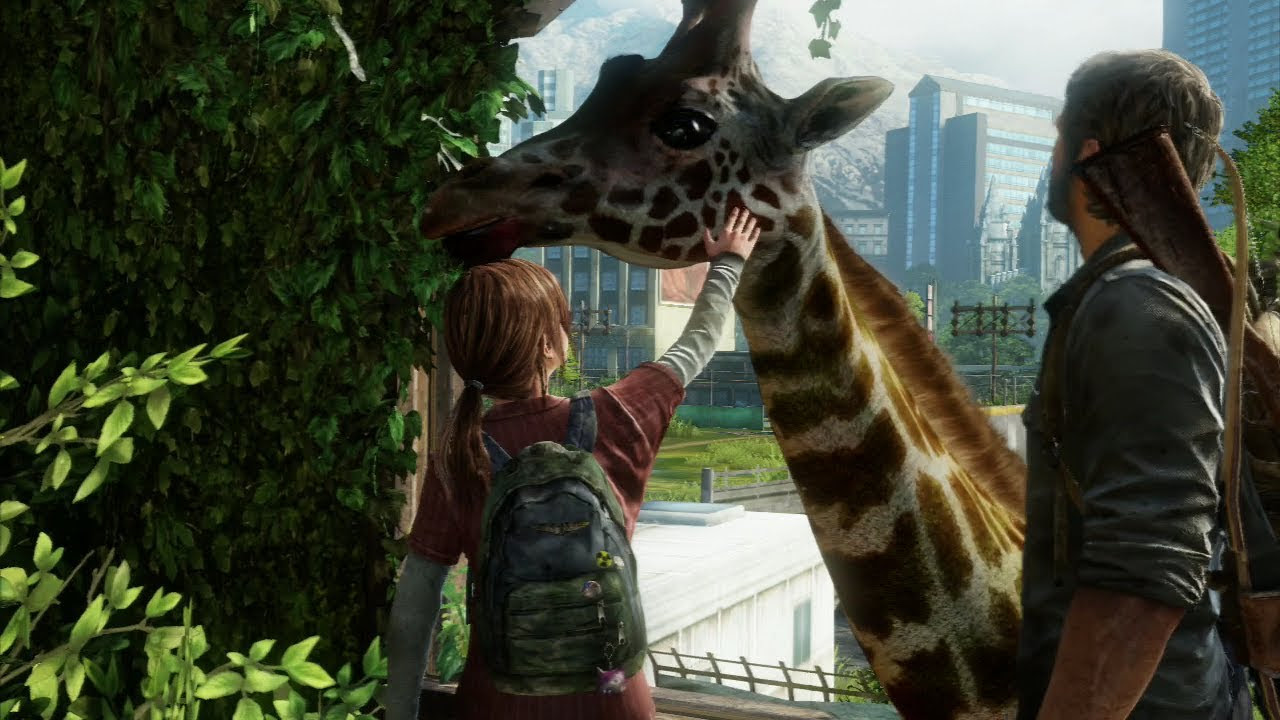 Animals, mostly, squandering goodness and we have to learn a lot from them. The moment in which Ellie, a girl whose childhood has been a real chaos , opens her heart stroking at a beautiful giraffe, the first trace of goodness she sees in her life. The first loophole of love that she is after a life surrounded and persecuted by hate and despair. And the moment that reflects the paternal-filial relationship between Joel and Ellie.

Naughty Dog does nothing by chance and, throughout the game, in different rooms, We can find images or drawings of giraffes . A prelude to that emotional moment, and that has a much more concise symbology than the simple fact of stroking this beautiful being. One of the symbolisms of these animals is that, due to their characteristic long neck, they are able to see what is on the horizon, urging us to see beyond.

For Ellie , giraffes symbolize the life that is worth fighting for. It is The turning point of the character , in a sample of innocence that she later loses again for the events that occur in The Last of Us Part 2, but anyone before an childhood and adolescence thus would end up losing the stirrups.

The giraffe is that thread of hope in the middle of the chaos . The demonstration that there can always be something good even if everything around us seems lost. A relief that fills our hearts and that should give us the hope that everything will go well. So, when you are wrong, think of this wonderful animal.

Al final, everything we expect has its ups and downs. But the experience is incredible.