Nico Schlotterbeck moves from SC Freiburg to Borussia Dortmund in summer. Now the defender has spoken about his upcoming transfer for the first time.

Nico Schlotterbeck (22) will play at BVB from the coming season, as the Ruhrpott Club officially announced during the week. On Saturday, the international now spoke about this change for the first time.

Schlotterbeck said to sky: “I have the feeling that Borussia Dortmund is the next right step. I feel like the club and you have explained a vision that I feel like. So there was no other club.”

In addition, Schlotterbeck was relieved that with the announcement of the change there is also calm: “I am very happy that the whole talk about me is around.”

According to media reports, FC Bayern had also started an attempt shortly before the transfer to BVB was completed to guide the defender to the Isar. The master is said to have even offered more money, but ultimately Schlotterbeck stuck to his original decision for the Borussia.

Articles and videos on the topic 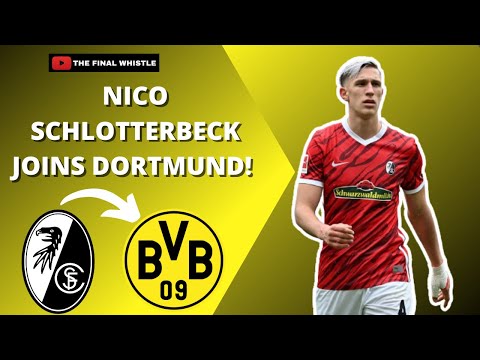 * Why Raphael Guerreiro is a symbol of Dortmund season
* The Bundesliga on Fridays and Sundays exclusively live on DAZN – register now!

Schlotterbeck has played for SC Freiburg since the U17 and had meanwhile been loaned to Union Berlin for one year (2020/21) before returning to Freiburg for the current season. Now he is moving to Dortmund for rumored 20 million euros.