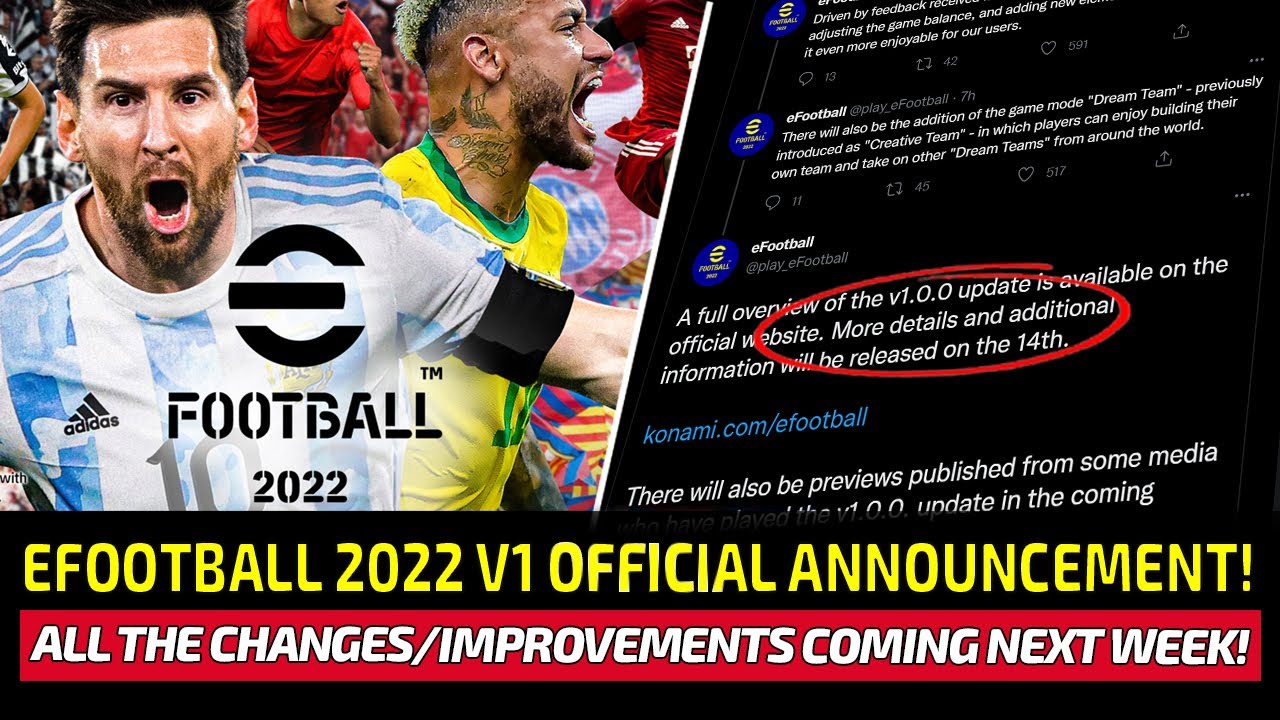 After a disastrous release last year, Konami is finally ready to give us version 1.0 of _ efootball _ next week. The Japanese company has revealed that the soccer game will abandon what was basically its “demo period”, and some of the best that fans have been waiting for months, will finally be integrated.

According to a statement published on the official site of the title, version 1.0 of EFOOTBALL will be available on April 14 . This update will not only correct many more bugs, but will introduce new game mechanics, and has changed a couple of elements of the online, all this to win again the confidence of the players.

One of the main additions is Dream Team mode, previously known as Creative Team. Here, Players can create combinations from their own players and real-life soccer stars. Along with this, several changes related to the way the footballers perform passes, run and do shooting.

Similarly, new options have been added that allow players change formations, Alter the roles of players, use tactics, etc . Finally, Konami has adopted a client-server system to improve online connectivity.

These are some of the changes that will come to efootball with the arrival of the 1.0 patch, which will be available from next April 14, 2022 . On related topics, we remember that the MX league is an exclusive of this title.

While this sounds positive, the interesting thing will see how many people decide to return to this title. The patches can arrange the experience, but the reputation is already stained, and it is not easy to win the public’s confidence, it is not impossible, but it is not easy either.