For example, when you get the last two without bubbling, everything you think comes out on your face and always loses.

He’s a personality that doesn’t lie. Only face.

This time, the PC version of CARD SHARK **, which was released by NERIAL and released by Devolver Digital. This work is an adventure game that unravels hidden conspiracy, set in France in the 18th century in France.

In this work, a palliative trick for doing squids will appear one after another. Moreover, all of them can be reproduced in reality… In other words, if you play this work, would I be a squid teacher? (Nichaa)

The young man working in a bar in southern France is the protagonist of this work.

He cannot speak due to circumstances. So how do he reply to the woman in a rugged bar…

Eat the grip of the whole body!

However, this intention may not be understood.

Well, it’s as good as possible.

Even so, this woman’s husband, her hero, is a lot of vocabulary to call her hero salmon .

At that time, one of the customers says, Would you like to earn coins?

The name of the customer is Count Saint-Germain.

Tonight, we will play a card here, so we say that we can carry a squid. It smells like…

The rule of the card game tonight is the rule that many of the same types of suits (marks) win. By the way, players do not need to know the rules of the card game. If you succeed, you will automatically win.

In this Ikasama, first steal the card while pouring wine into the target glass.

Next, the most number of suits is transmitted to the Earl in a way to wipe the table. That’s it.

Alright, it’s a production. Then I defeat the stick to the side and pour the wine into the glass (by the way, I played with the controller).

You have to stop it in the right place, as it can not overflow even if it is too small.

Well, it’s a simple operation. Well, the most large suits are…

As a result of failure, I was finally felt by my opponent. Yeah!

The opponent who goes upright takes out the gun, but is likely to be captured by other customers immediately. While doing such a massage, a gun was fired, and the woman’s body was completely unrelated.

The woman’s husband is completely tight…

It seems that Colonel Gabriel has shot and killed the woman.

The Earl said, You will be poor, you can’t hear your mouth, and you’ve ran away with an infamous scammers, so he will be a murderer. That’s all because of you!

… but the protagonist had no other place to go, so he decided to go on a trip to Ikasama as a parent of the Earl.

What is displayed on the map is the place where the opponent of the game is, where there is a duck of Ikasama.

The operation itself is not difficult because it only defeats the stick or presses the button, but I often remember it anyway.

If you don’t do it perfectly, the trick will not be established, so you need to remember all the movements.

I felt like I was doing a brain training three times below, and then to the right.

The gauge displayed at the bottom of the screen indicates the suspicion of the opponent, and the gauge moves to the right over time.

You can fight consecutive battles, but the higher the stake, the more suspicion will increase.

If you do the trick quickly, the more you can compete, but the gauge is a little short to do again…

The pulling is a liver… but it’s okay! (death flag)

Hell is also up to gold. Send bribes to the Reaper and come back!

After that, the Earl and his young man continue to win the Ikasama game steadily.

I did many opponents in poor poverty!

Well, at the time, Ikasama was out and was hit in a pig box…

The Earl seems to be traveling for Ikasama for some purpose. Every time you win, your opponent tells the secrets, and as a result, the story progresses without sincerity even if the opponent dies.

However, the Earl himself can also be in danger of life.

I miss the trick many times because of such a tension ( *), and Ikasama is out. ( * Because of my low memory, not tension)

And by the opponent who flew, the Earl and the protagonist were shot and killed.

I wonder if the game is over, the world after death! ?

What is this grim reaper! 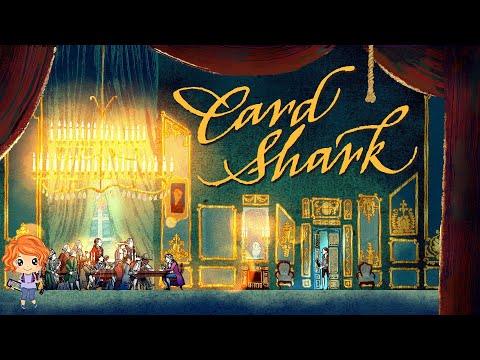 Reaper says that if you pay some money, you will rewind your time before the match. It’s a good guy!

Moreover, if you win the Reaper in a card game, you will rewind your time for free.

Well, if you lose, save data will be erased.

Occasionally, there is a production in which save data is erased as an in-game event, but I’m really surprised…

I was able to clear it in about 10 hours. It took a long time to understand the content of the trick until around the middle, so if you play normally, you may be able to clear it a little faster.

Many of the tricks are actually likely to be done, so I want to try it. I don’t know if I can do it…!

However, Ikasama part was just a mini-game that only remembered and reproduced the operations instructed in advance, and I felt that it was not very interesting. I get the impression that the tempo has become too bad to pursue real.

The graphics and atmosphere were outstanding, and I was drawn into the story development. Anyway, I think the squid part is well made as an adventure game!

Card Shark is on sale for Nintendo Switch/PC.